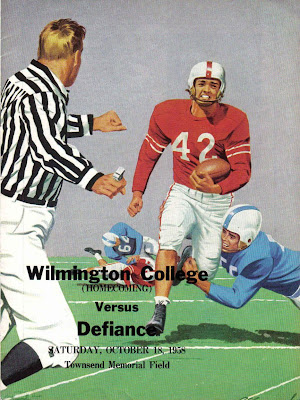 Longtime blog readers know that I’m a big sports fan, and for most of my life that has heavily involved football. Some of my earliest memories are of rooting for Joe Montana and Jerry Rice and the 49ers dynasty of the 80s, which extended to Steve Young and Jerry Rice in the 90s and beyond.

When I was in college I went to Pasadena to watch Stanford’s Rose Bowl appearance on January 1, 2000, and have since cheered on legends Toby Gerhart and Andrew Luck. Now the 49ers have returned to excellence and I was as excited as anyone.

But over the years it’s gotten a lot harder to watch.

It all started for me later in 2000 when I was standing on the field across from the line of scrimmage when Washington safety Curtis Williams was injured on a running play. I heard the incredible hit and watched the paramedics rush onto the field and then rush back to the ambulance in a panic, saying, “Holy s***, they’re bagging him.” Williams was revived on the field, left paralyzed from the neck down, and eventually died at age 24.

But while that may be chalked up to a freak accident, a huge amount of information has since come to light about the effects football has on players’ brains. The first serious dawning came from Malcolm Gladwell’s influential 2009 article that compared football to dogfighting, which shined a spotlight on the horrific effects football had on former players.

Since then I’ve been grappling with how ethical it really is to watch football. Yes, the players are there willingly. Yes, they’re well-compensated (at least the pros). Yes, the NFL has taken steps to punish helmet to helmet hits, which mollified me some. But should we really be supporting a system that incentivizes people to destroy their brains for our pleasure?

Now comes news that one of the greatest linebackers in history, Junior Seau, was found dead due to an apparent self-inflicted gunshot wound to the chest.

While of course we shouldn’t jump to conclusions until the facts are in and it’s uncertain whether this has anything to do with football, it’s impossible not to draw parallels to the circumstances of another troubled former player, star safety Dave Duerson, who also shot himself in the chest, leaving a note that he wanted his brain donated for study. It was later confirmed that Duerson suffered from a neurodegenerative disease linked to concussions.

Is it really ethical to watch a sport that by its very nature has such a horrific effect on its players?  Writer Ta-Nehisi Coates has blogged eloquently about this topic. He now says he’s out.

This past season I cringed as Stanford’s talented wide receiver Chris Owusu endured concussion after horrifying concussion, and now he’s going to give it a go with the 49ers. It’s admirable that he wants to keep playing the sport he loves, and of course these are my two favorite teams.

I just don’t know if I can watch.