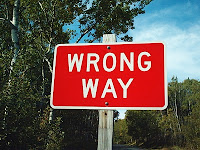 The good people at Reddit recently noticed something peculiar and engaged in a spirited debate about it. The topic? A bete noir for many an e-book reader:

How could this possibly be? Paper costs more than electrons, so surely e-books should be cheaper, right?

Believe it or not, this isn’t a glitch. And it’s not happening because publishers are asleep at the wheel either.

Come down the rabbit hole with me into the wholesale/agency tunnel, and I’ll tell you why this is happening.

First, as always, we have to start with some dry background information. For a very long time publishers have had a system where they set the suggested retail price and take roughly half of that. Whatever the bookseller wants to charge from there is their business.

So, napkin math, if a book is listed with a $24.99 cover price the publisher would get about $12.50 of that, which they would split with the author, cover their costs, hopefully make a profit, etc. (Further background here.)

For a long time this system worked without too much disruption. Then came Amazon.

A couple of things happened in the past couple of years that had publishers rather nervous.

First came the Kindle, which enabled Amazon to jump out to a massive early lead in e-book market share. For a while there it looked like Amazon was going to win the e-book war going away, and they were using their massive scale to help further that process.

Originally Amazon was selling e-books based on the wholesale model. So take that $24.99 hardcover. For every new e-book, Amazon was paying publishers roughly 50% of the hardcover price, or $12.50. Only… for some popular titles they were selling those e-books for $9.99. They were taking a loss on some titles in order to sell Kindles, build market share, and establish a massive early lead with their proprietary e-book format.

And then during the holiday season of 2009, Amazon engaged in a price war with WalMart, Target and others, and discounted some very popular hardcovers to $9.99. Again, at a loss.

This created several very pressing concerns for publishers. For one, Amazon was helping devalue consumers’ notion of what a new book “should” cost. And two, they were growing extremely, extremely powerful. Bookstores definitely couldn’t compete with $9.99, and neither could many other e-book sellers, even massive corporations.

Publishers badly wanted to level the playing field to make sure there was competition in the marketplace. They didn’t want Amazon creating a monopoly and turning up the screws on their terms.

When Apple entered the e-book fray with the introduction of the iPad, they brought with them the app store model: Publisher sets the price, Apple gets 30%, publisher gets 70%. Publishers, who wanted a way to slow down all the deep discounting and create a create a leveler playing field, say heck yeah, and they tell Amazon that’s the new game in town. They raise prices to somewhere between $10.99 and $14.99 for new e-books, and e-booksellers aren’t allowed to discount off of those prices.

See what’s happening there? Publishers left money on the table to have more control over pricing and so more e-booksellers could compete with the elephant in the Amazon.

The result: It actually seems to have worked. B&N now claims 25% market share in the e-book world, and with iBooks also going strong the competition in the e-book marketplace that publishers wanted appears to be taking place.

Where We Are Now

So now there’s a system in place where print books are still sold based on the wholesale model and e-books are sold on the agency model. This results in…. curiosities.

Let’s take one of the examples that had Reddit perplexed. The Girl Who Kicked the Hornet’s Nest is selling on Amazon for:

Well, here’s how that breaks down between publisher and Amazon:

So… unless there’s some sort of special arrangement there, Amazon is using the hardcover as a loss leader.

And the publisher would tell you: we can’t control that. All we can do is set our own prices, and what Amazon charges the consumer for print books is their business. Publishers make more money on the hardcover sale, they set the list price for the hardcover at $27.95 and the e-book at $11.99, and they don’t have much incentive to discount the e-book any further than it already is.

I’m not privy to the strategic discussions at publishers, but if this also has the effect of slowing down the rate e-book adoption or steering people toward the print editions…. I’m guessing they’re probably okay with that. They have print operations to consider and bookstores that they’d like to survive as long as possible. As long as it’s still primarily a print world (and it is), publishers have many rational incentives to protect their print sales.

But the biggest problem, as that Reddit discussion illustrates, is that it creates a great deal of consumer confusion and angst. It doesn’t make any intuitive sense for e-books to cost more than paper. By keeping e-book prices high, it opens up a huge opportunity for the 99-cent Kindle bestsellers to exploit. Also: As the music industry found out, annoy digital consumers at your peril.

And it just took almost a thousand words to explain why it’s happening.