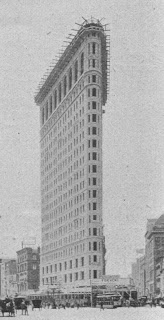 When publishing outsiders are suggesting cures for what ails the business, one very common suggestion is that publishers ditch their New York real estate and head for the sticks. Why do they need to pay Manhattan rent?

Well, first this ignores that there are actually quite a few publishers outside of New York. You have Sourcebooks in Chicago, Chronicle in San Francisco, and many many more.

And there’s a historical explanation as well: New York has been an important center of the American publishing world since the early 1800s.

But setting that aside, why are the Big Six all still in New York? Why don’t they hightail it to South Dakota?

The same reason Apple and Google are in Silicon Valley, Wall Street is on Wall Street, and Hollywood is in Hollywood: Industries tend to cluster in certain areas and derive more benefit from drawing upon a talent pool and networking than they lose in increased rent.

You can actually observe this on an individual store level (think: the Diamond District in New York). Shops cluster together and derive benefits from the increased traffic. But that’s retail.

Urban studies theorist Richard Florida has written about the power of industry density. He writes:

Density makes it easier for people and firms to interact and connect with one another, and it reduces the effort, friction, and energy that’s used to make these connections. Density increases the speed at which new ideas are conceived and diffused across the economy, accelerating the speed with which new enterprises and new industries are created.

In New York, publishers can draw upon being close to the other major media outlets, they can draw upon a highly educated and creative workforce, are more likely to attract executive talent, draw upon the cachet of being one of the New York publishers, and network with writers themselves, many of whom live in New York.

And to a certain extent publishers have already moved to Scranton: one of the jokes on The Office was that they were trying to win HarperCollins’ business. Well, Scranton really is where HarperCollins’ accounting department is located. What’s in New York? Editorial, art, marketing, sales, executives.

It’s easy to just say, oh, well, all those people can up and move, or you can find people with those qualifications elsewhere. But moving carries its own costs, and the people working at publishers are highly skilled. It would be extremely difficult to migrate those operations elsewhere on a major scale.

All that said: Things do change!

Could publishing be forced from NYC? Random House recently saved “millions” of dollars by downsizing its footprint, and these days millions isn’t anything to sneeze at, but we’re talking about a company with revenue in the billions. “Millions” is not exactly the difference between wild profitability and turning out the lights.

And then there’s this: Publishers are able to draw upon a tremendous wealth of publishing talent in New York, and if there’s one thing publishers need to weather this massive transformation: it’s talent.

What do you think? Is it NYC or bust for publishers?