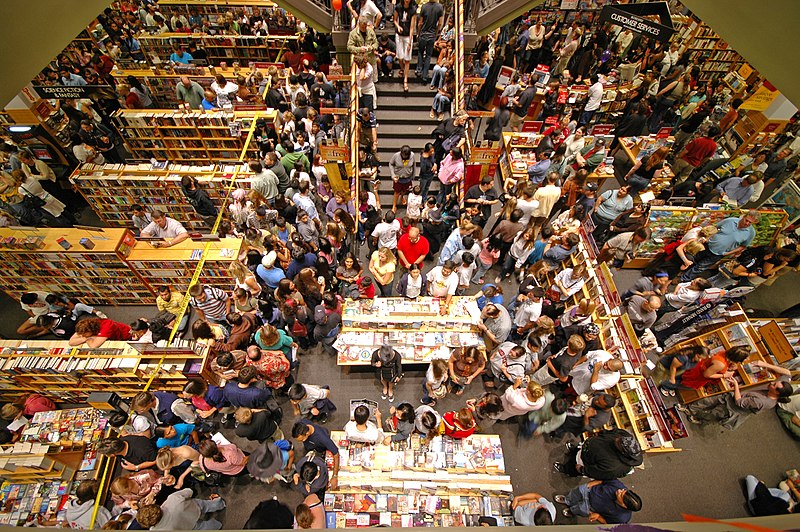 Around the Internet I often see a perception among readers and commenters that the sole reason certain books become wildly popular is because the publisher made them popular. This, presumably, is meant to discredit the success of the book by attributing its popularity not to the book’s merits, but rather to the efforts of a publisher to foist the book onto a gullible public.

Here’s the thing. If it were actually possible for publishers to market the heck out of a book and guarantee that it became as popular as Twilight, well, don’t you think they would? All the time? With every book?

To be sure, marketing helps a book’s popularity, and a publisher can work wonders when they bring all of their resources to bear to give a book a boost. But that just gives a book a shot. What happens from there depends on the book itself and whether it catches fire with its readers.

People who follow the movie industry know that studios are usually pretty good at advertising their way to a certain opening weekend box office draw. In the words of the president of Sony Screen Gems, “Most of a movie’s opening gross is about marketing.” After that, though, what happens is a result of that all important and elusive “word of mouth,” which as this fascinating New Yorker article details, can often be about reaching multiple market segments with the concept of the film itself. Even the very best advertising can only do so much. At some point the movie itself has to sink or swim.

Lots of books get marketing dollars. Not all books become Twilight or The Da Vinci Code or The Help or Harry Potter or insert insanely popular book here. One or more of those books may not be your cup of tea as a reader, but it doesn’t mean that your fellow readers were duped into buying them. Better, I think, to consider what it was about the book that inspired such dedicated readers than to ascribe that special zing to outside forces.